There are many places with more wildlife than Tenerife but with the current restrictions due to the CV-19 Virus, I thought it might cheer us all up to think about somewhere warm and inviting!

And there are many birds and animals here although I confess that we were there for a short sunny holiday late last year 🙂   So the birds and animals in this post are those found easily – without using binoculars or spending hours in a hide.  Also we were only on the West coast of the island.

If you walk around the shore you are almost certain to see many Red Rock Crabs.  They are quite large and very colourful.  This one, like most, was at the edge of the rocks waiting for the next wave to wash over him bringing tit-bits of food.

There are a number of birds that can be seen elsewhere including waders like this Turnstone bathing in a pool on the rocks.

As an island off Africa, a boat trip is essential.  I thoroughly recommend WWT – Whale Watch Tenerife. They have a fast rib with few passengers and are very knowledgeable and keen and care about the animals.  There is a very good chance of seeing Short-finned Pilot Whales as the W coast of Tenerife is a favoured haunt.  Dolphins, Sharks and Baleen Whales are also regularly seen.

While enthralled by Dolphins and Whales, keep one eye open for birds.  This is Cory’s Shearwater which is quite common.  It flies beautifully but looks a bit awkward in the water or on land – one landed on the path at our fee one evening! 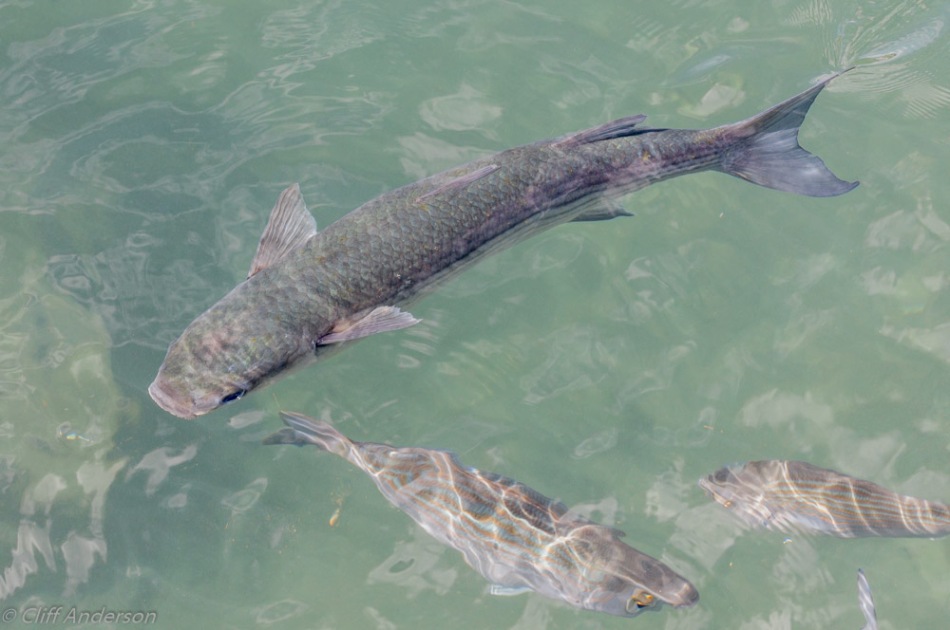 Many of the harbours have large numbers of Flathead Grey Mullet swimming around the boats and shadows.

Quite a few of the birds and animals are either species or subspecies endemic to the island or region.  This is the Southern Tenerife Lizard (Gallotia galloti galloti) sun-bathing on the rocks along the coast. 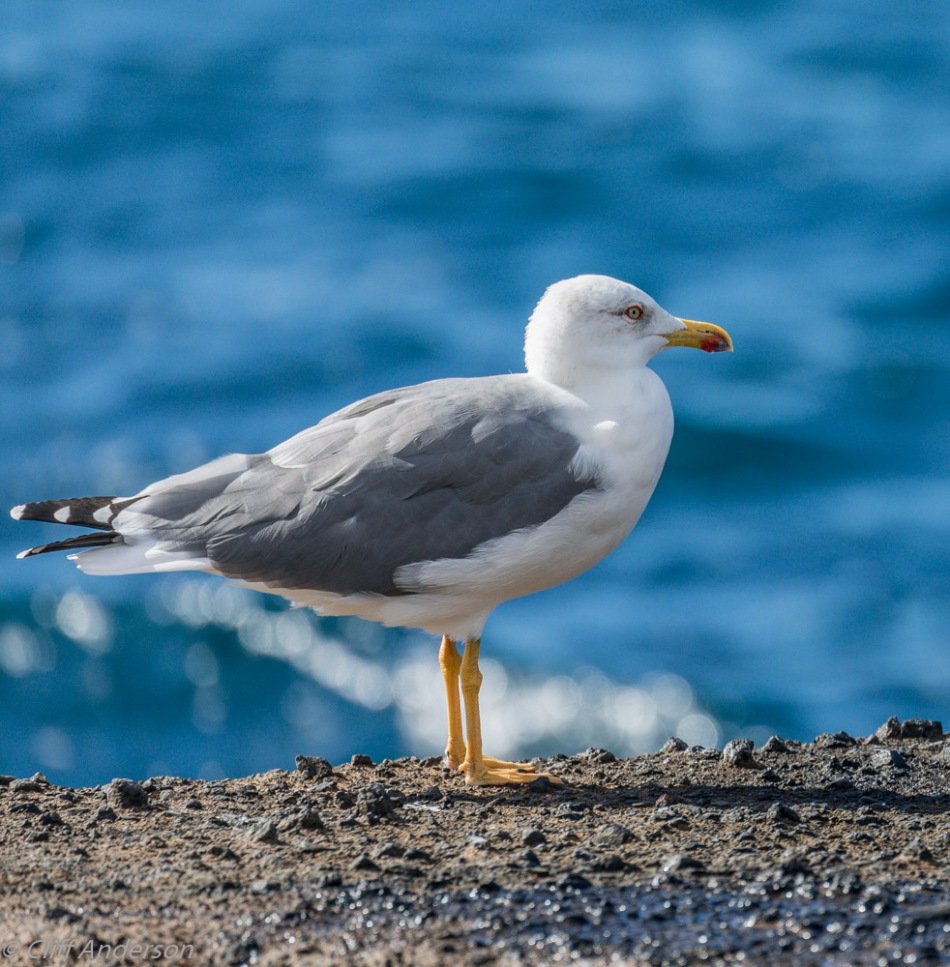 Finally, there are nearly always Gulls.  This is the Yellow-legged Gull, subspecies atlantis, found on Atlantic islands.