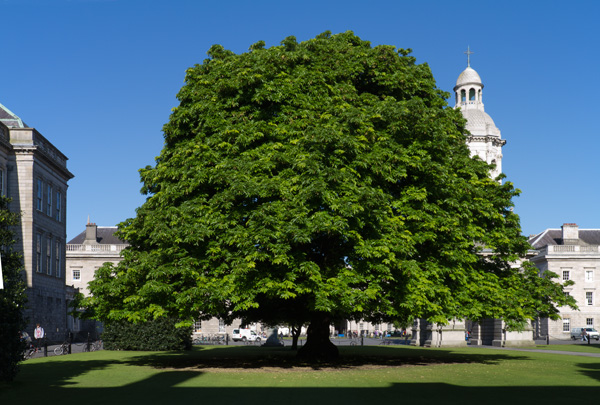 One of the fabulous Oregon Maple (Acer macrophyllum) trees of Library Square Trinity College Dublin.  This was subject of a post in 2010:

and the picture was subsequently used in an article by the Dublin Institute of Technology on the value of trees in the city; as well as on the front cover of the brochure for Environ 2014 – a conference on Environmental Challenges and Solutions held in Trinity in partnership with the ESAI.

Anyway that is all a bit beside the point which is that these were magical trees, tall with a wide spread.  The picture is nothing compared to being near them.  They were grand, had knurled, ancient, knobbly trunks and the sheer dominance of the trees, especially in Summer when the large leaves were in full glow, was inspiring.  And their value to the city was great from their visual appeal and stress reduction capabilities to their Ozone and CO2 reducing abilities and Oxygen provision.  It has also been shown that they reduce exhaust fumes particulates.

However this is the current view of Library Square from the Trinity Rubrics.

Only a couple of years ago we toasted our College education, decades before, in a marquee underneath the shade of these fabulous specimens. Trinity ball annually has a marquee there. The trees were checked recently for health and risk assessment. But soon after a very large branch of one crashed to the ground. Happily there were no human casualties but a reassessment found that the trees were rotting inside and they were taken down for safety. 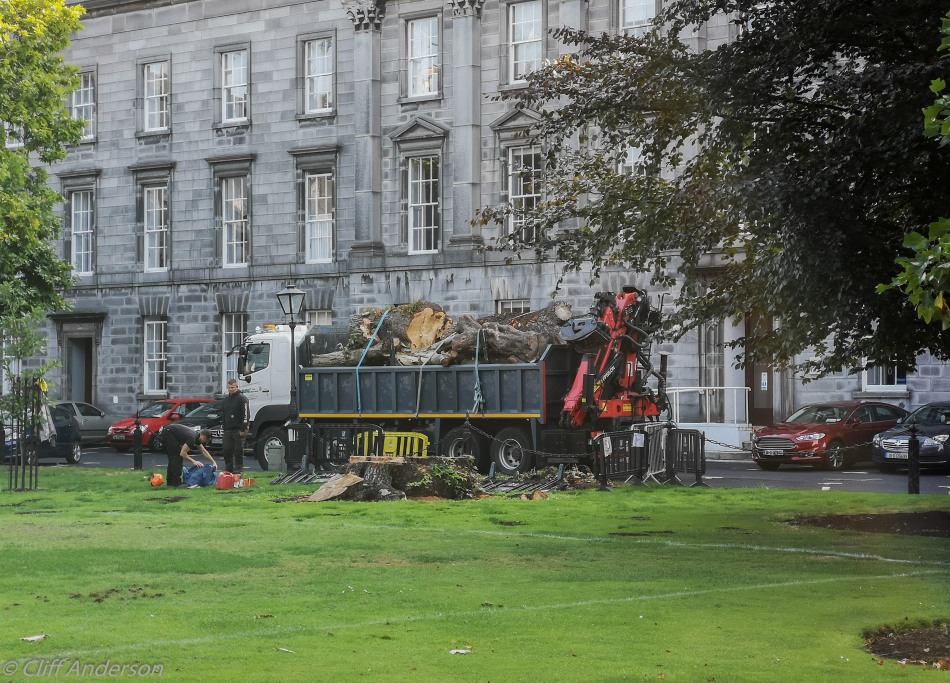 Of course there are many more fine trees in Trinity but these were special. Firstly they were magnificent, secondly they were very old – reckoned to have watched over Trinity students for about 175 years. What history and people and events must have happened here, within bough shot!

I will miss them. Thousands will. But so many more will never know what they missed.  Let’s hope that they are replaced with trees of substance and character. 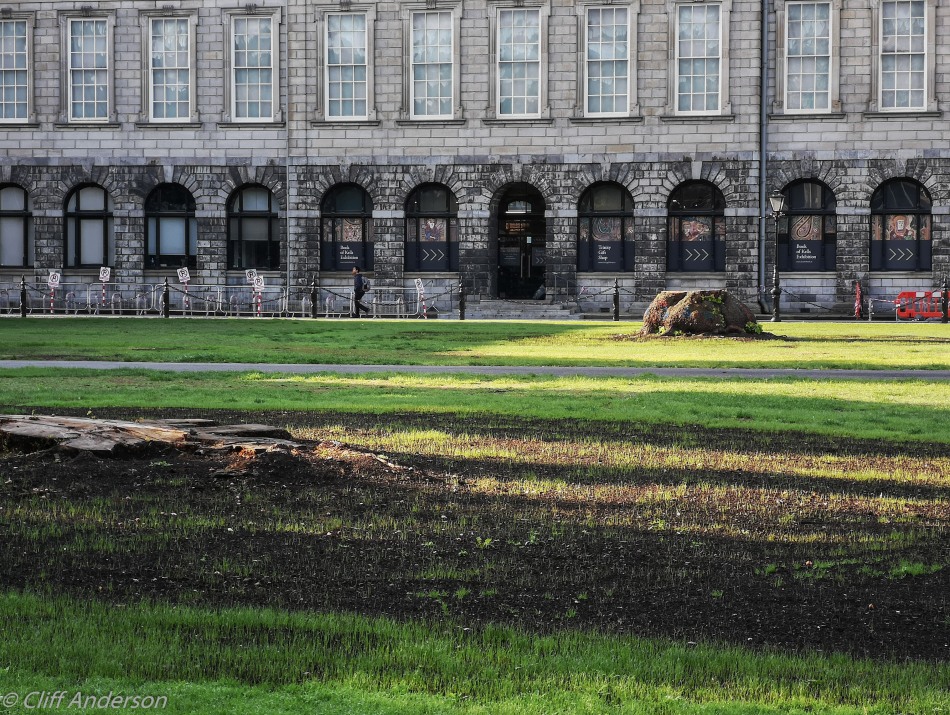 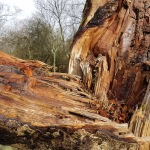 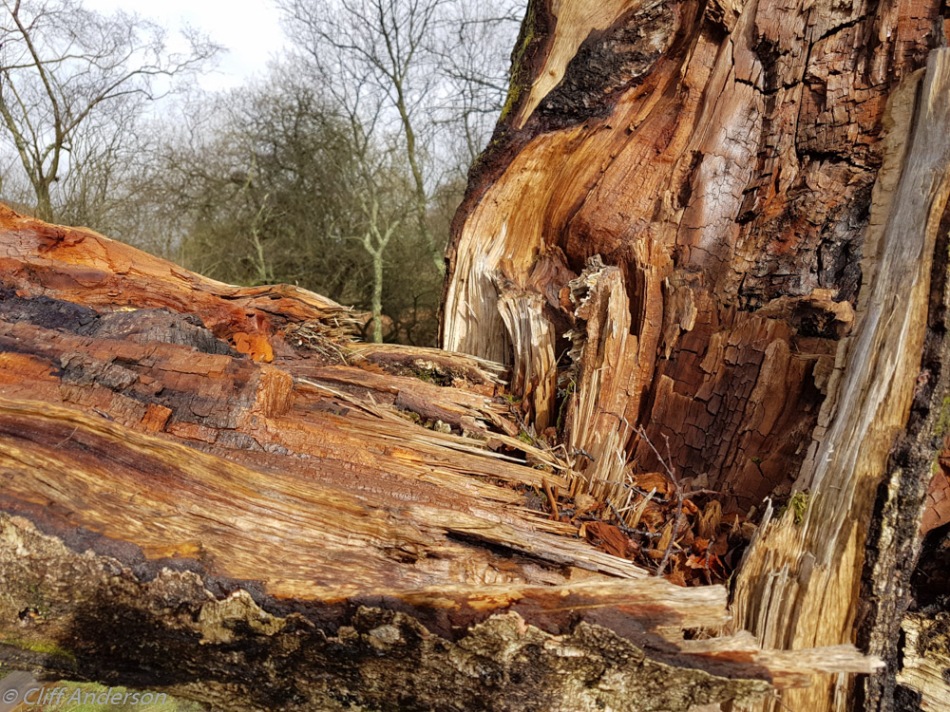 This year the ‘Winter’ was so mild that the usual flocks of Greylag Geese and Whooper Swans only made brief appearances in the fields around us.  ‘Spring’ seems to be wet, cold and windy in comparison!  Storms Doris and Ewan were not appreciated, ripping rooves, felling trees, disrupting Electricity service and ruining golf scores. 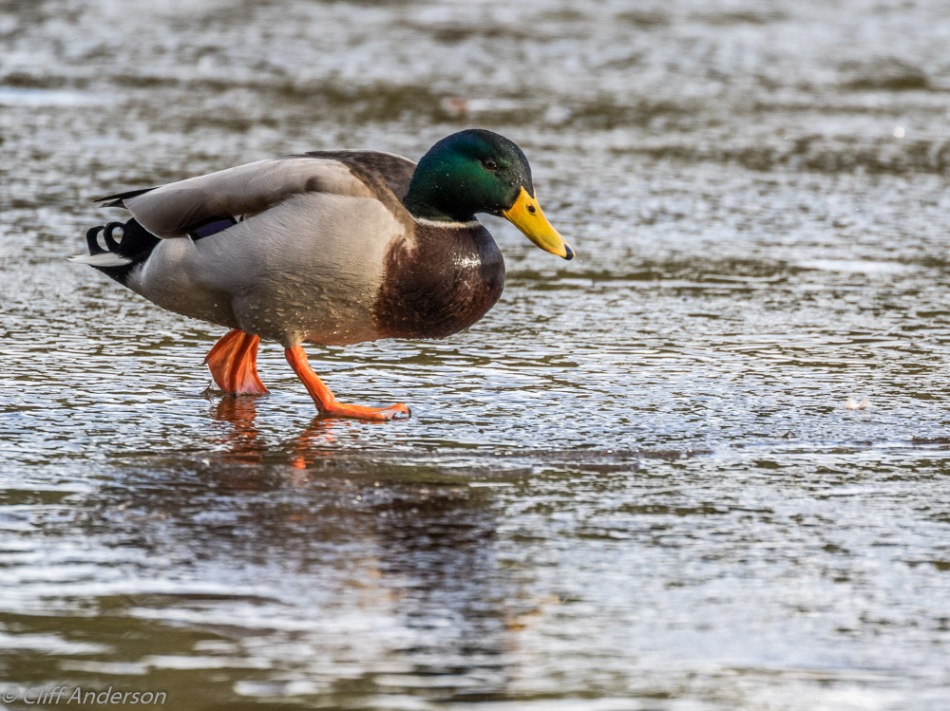 The birds and animals have been ‘twichy’ – a bit like the bird watchers – for some time but many people associate the onset of Spring more with March or April  and around here the worst weather of the year offen hits us in February or even March.

Anyway the weather generally does seem to have been milder in recent years, no doubt a product of the climate change that politicians and many businesses around the world refuse to tackle.  It is easy to be pessimistic about the future when you couple this with radicals being elected to parliaments and higher stations around the world (trying to be polite as this includes murderers and nut cases) and the increasing violence and war threat.

Keeping the happy face on, the usual early flowers have risen – Crocuses, Snowdrops, Helibores etc. – and Daffodills are starting here although much more developed in the capital. Garden flowers such as Viburnum Bodnantense, flowered over winter as usual, improving the  fragrance of the neighbourhood.

On another note completely, Sika Deer seem to be thriving in Ireland.  Deer generally are too numerous and suffer official culls but Sika seem to appear much more commonly recently.

What is really required is a reintroduction of Wolves – the 4 legged kind, we have plenty of the others.  Reading a great book, Feral, by George Monbiot, I was delighted to see the case for apex predators was well made.  It always seemed to me that the ‘wild’ here was badly skewed and marginalised.  Monbiot argues convincingly that a bottom up approach to diversity and conservation is much less successful than a top down, apex predator approach along with relieving our mountains from the catastrophies of sheep farming.

Here’s to better action from our politicians on the environment (and hopefully, more immediately,  improving weather and some sun !) 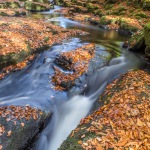 Didn’t seem to last long but Autumn has given way to Winter.  While the weather was good this year, already the temperature has taken a dive.  Hopefully the great colours of the falling leaves were enjoyed by many.

It was a busy time in many ways.  Apart from loads of photos to be takem, an old oil tank acting as a coal bunker needed to be removed (partly to make way for a new Water Butt and auto solar-powered watering system – but that’s another story) and it revealed a teeming environment of ‘low life’.

Snails, slugs, spiders and other creepy crawlies behind old bunker

Not everyone’s cup of tea, so to speak, but it’s amazing what lives and dies beyond our normal gaze.

Interesting contrast between these two pictures, don’t you think! 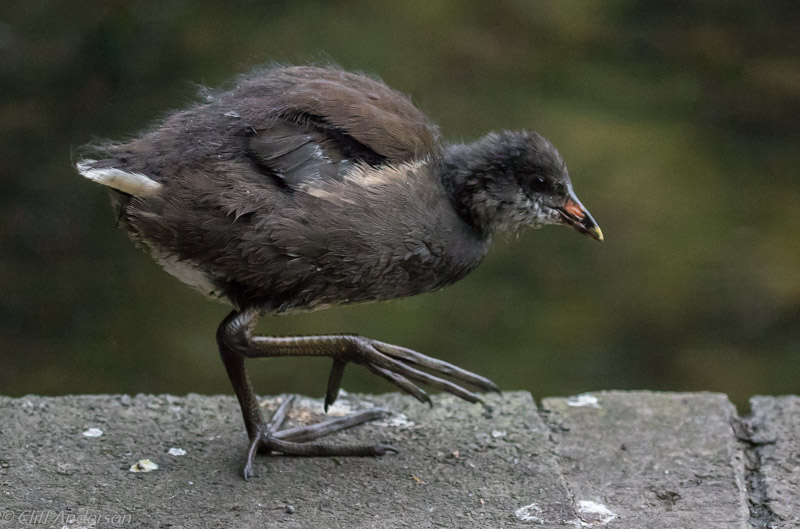 Autumn is the time that many young birds start to fend for themselves, entering another dangerous period of their short lives.

Moorhen often feed on droppings and other bits and pieces lying around as this young one was in St. Stephen’s Green, Dublin.

Autumn is also one of the main migration times as thousands of birds leave and arrive in search of more suitable conditions.  Twitchers will have been covering the miles to catch sight of unusual birds and rarities.

If not at the twitcher stage, it is still worth looking out for birds and sea creatures from our 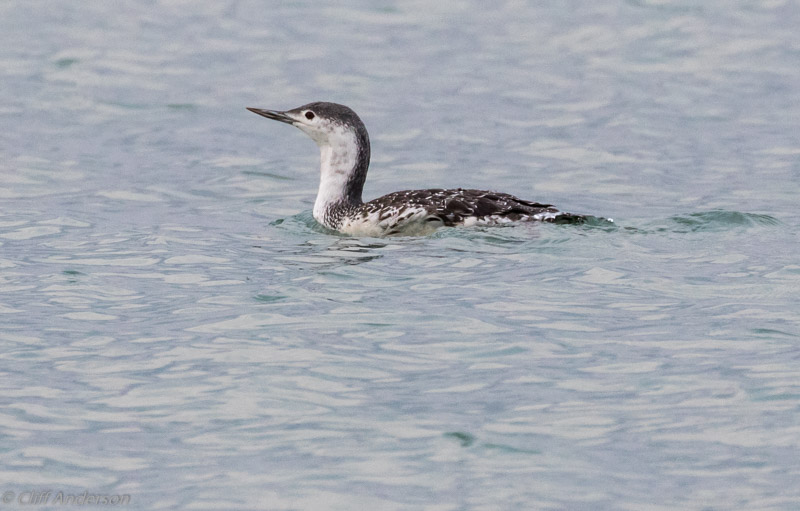 We recently saw both Great Northern and Red-throated Loons while strolling along the beach in Clew Bay, county Mayo.

Theses used to be called Divers in Europe.  They were in transitionary plumage – half way between breeding and Winter plumage.

Loons or Divers are large duck-like birds sometimes confused with cormorants from a distance.  They can stay underwater for a few minutes at a time during which you need to predict where they will surface. 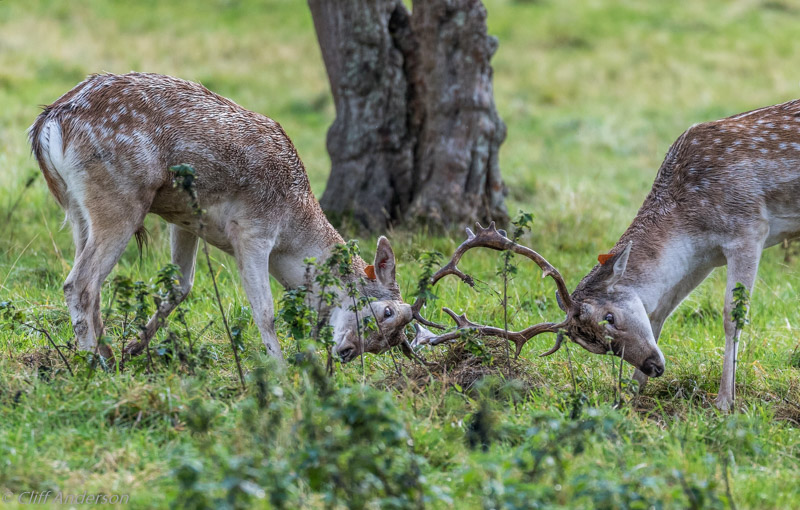 Autumn and early Winter is the rutting time for  some deer species in this part of the world.

Right on Dubliners’ doorsteps, the Phoenix Park hosts several groups of Fallow deer.  They have been there for a few hundred years since they were placed for the hunting classes.

During the rut, Stags compete to have mating rights with groups of does.  This involves a lot of posturing, gutteral calls and some fighting using their prodigious antlers (which while impressive and photogenic, otherwise seem to be a bit of a nuisance, catching in grass and branches).

Damage is sometimes done but mostly common sense prevails and the strongest (or most confident or biggest bluffer) prevails.

Fights can be witnessed – they often take place in the woods while the does sit and wait in the fields.  Young stags also practice fight which is a much more relaxed affair.

It is not a good idea to approach too closely at this testosterone charged time.  Indeed too many people get too close all year to animals that should be left wild.  Many also feed them bread, Mars bars and all sorts of stuff best left outside the park.

This is what it is all about – a contented if tired stag with ‘his’ hopefully content and fruitful does!

Plants usually provide the most colourful and showy Autumn sights.

But it is not just the dying leaves – whose often brilliant colours are caused by the closing down of chlorophyll, resulting in the green leaves changing to a range of yellow to orange and red colours – that are notable.

Many plants show confident colour at this time.  For example Crocuses and shrubs such as Verbena often flower brightly and some with lovely scent.

Mushrooms also can be colourful although generally in nature, the most colourful are the most dangerous!  This one is said to be poisonous although rarely seems to kill humans.  It also has hallucinogenic properties.

Finally, this is the season of the wader.  Coasts everywhere are greeting larger and larger flocks and Geese and Swans are on their way, including ‘ours’, hopefully.

The message as always is if you can get out there, well, GET OUT THERE.

While many in Ireland are commemorating the 100th anniversary of the Easter rising, plants have been rising in fields and gardens as for ever.

Other flowers to test the temperature early are the Hellebores. Like all the others, they provive nectar for the early flying insects. 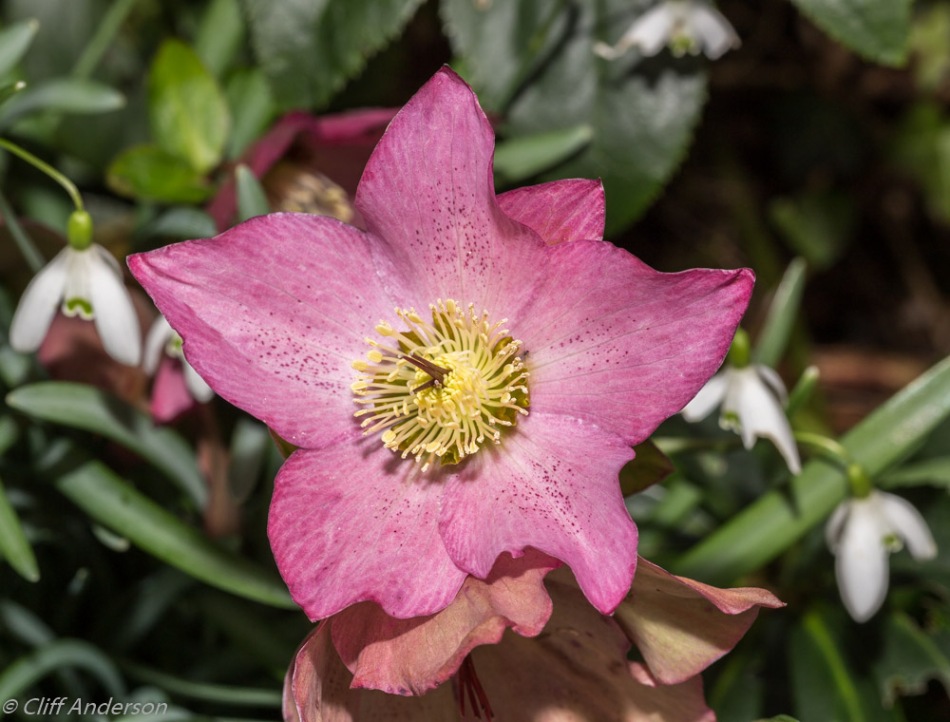 Most of these are waning now as the main shrubs and plants take over.  However here in the cold foothills of Wicklow, everything starts later and some are still hanging on.

Frost is still a threat and some flowers, like sleepy teenagers, look very different from early morning ……. 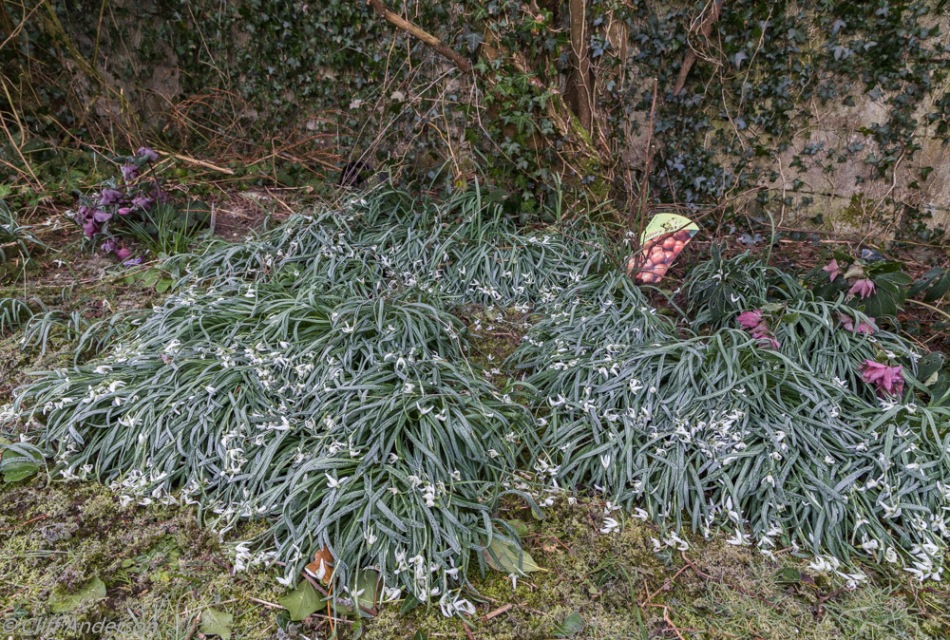 The Flowers that Bloom in the Spring …

With apologies to Messrs Gilbert & Sullivan, these flowers have everything to do with this case.

.
.
.
There has been a good showing of wild and garden bulbs such as Crocuses as well as other Spring flowers this year befitting from some sunny spring weather.
They add colour and provide nectar for early flying insects.
But more importantly, they signal an end to the dark cold days.

The traditional show in Altamount Gardens, Co. Carlow, was brilliant with different varieties and areas where the lawn was almost obscured by white. . See https://cliffsview.wordpress.com/2015/02/22/spring-signs/ 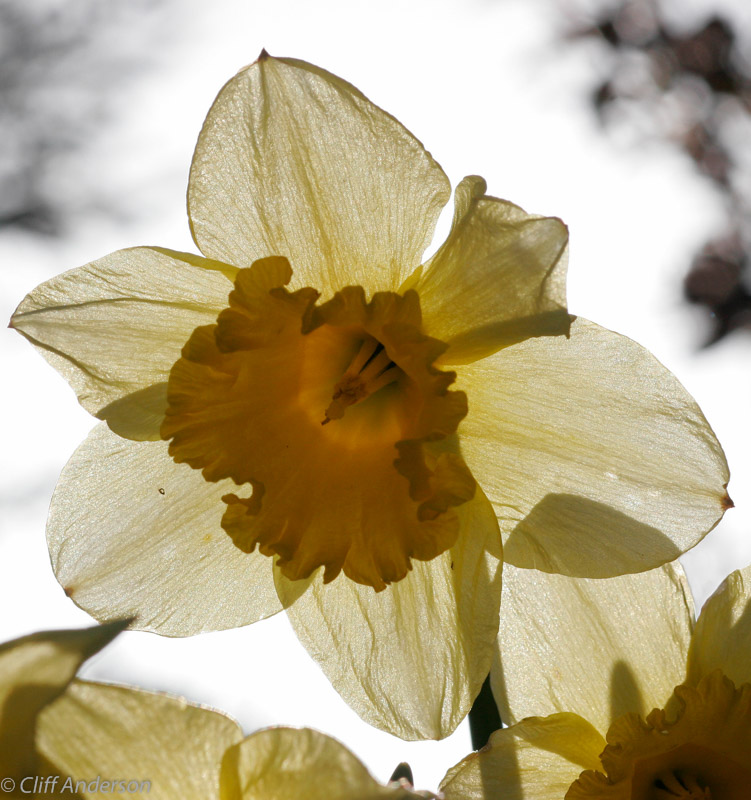 Daffodil against sun in Garden 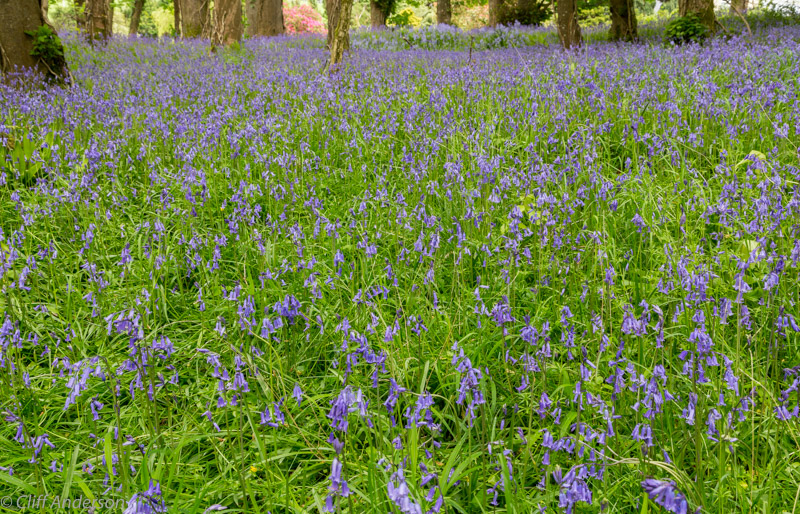 Here in this colder corner of heaven, they are just starting!
.
It always seems to me that blue is not a common colour in nature and so to see woodland carpeted in blue surprises and delights year after year!
.
.
.
.
.
.
.
.
.
.

In the west, many roadsides sport them and they can be a real nuisance to control!

Of course one of the nicest sights at this time of year is Gorse (Ulex) in full bloom.

Enjoy and may the Furze be with Yew.