Another good year and the current mild weather is encouraging for a good 2017.

Old favourites were highlights again – Cold weather at the start of the year didn’t put off Harry the Heron in Saint Stephen’s Green, here trying to swallow a large fish. 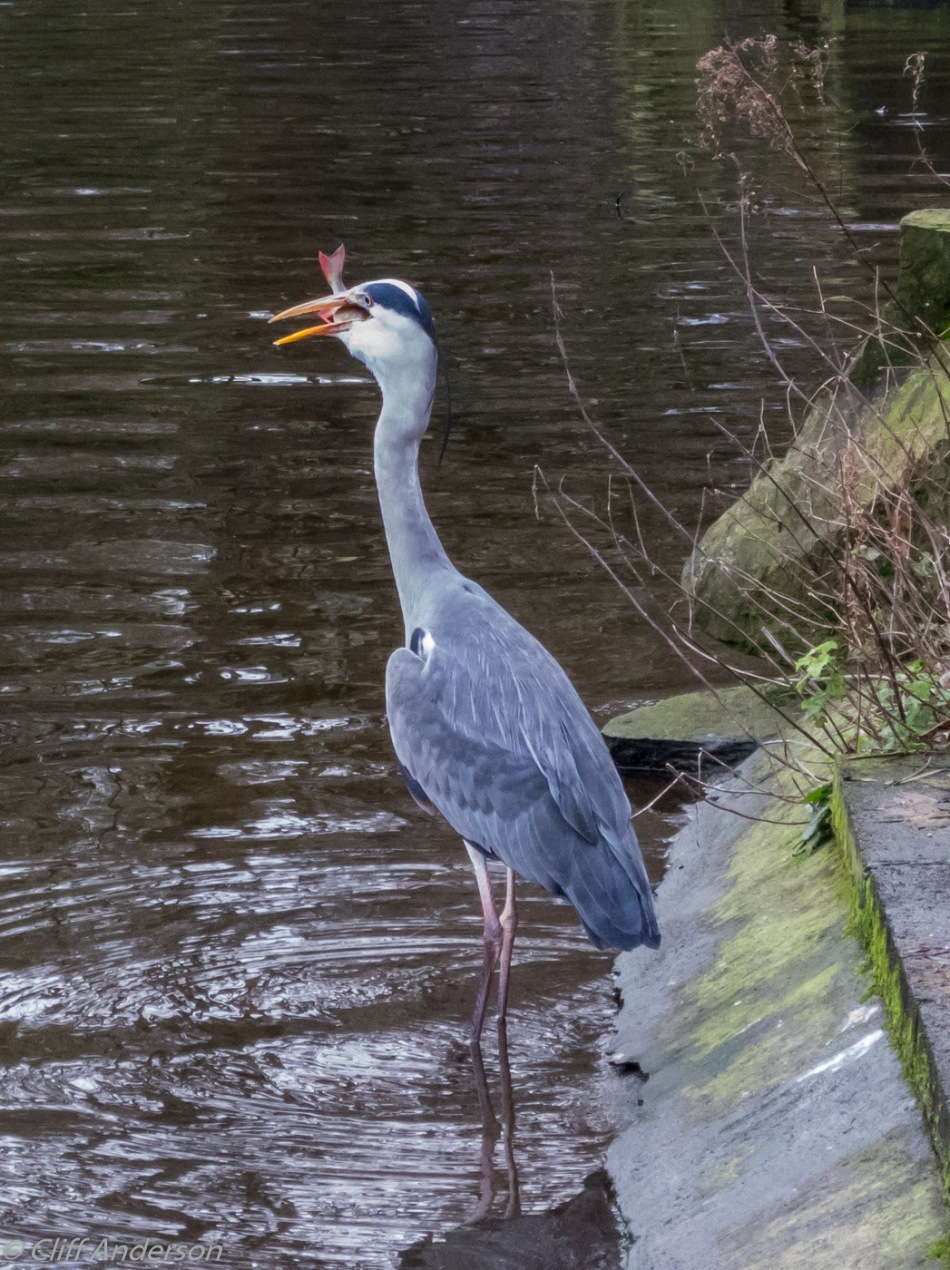 Spring brought early flowers including the usual Crocuses, Snowdrops, Daffodils and Helebores as well as more cultivated plants – all providing sustenance for the early insects.

In gardens and parks, birds were excited, feeding eagerly for the nesting season.

Coal Tit in back garden

Many walks were taken.  One of the nicest is in Durrow, Co. Laois. A couple of good walks taking in Castle Durrow and the Erkina river as well as woods and fields, are great for relaxation, exercise and nature. 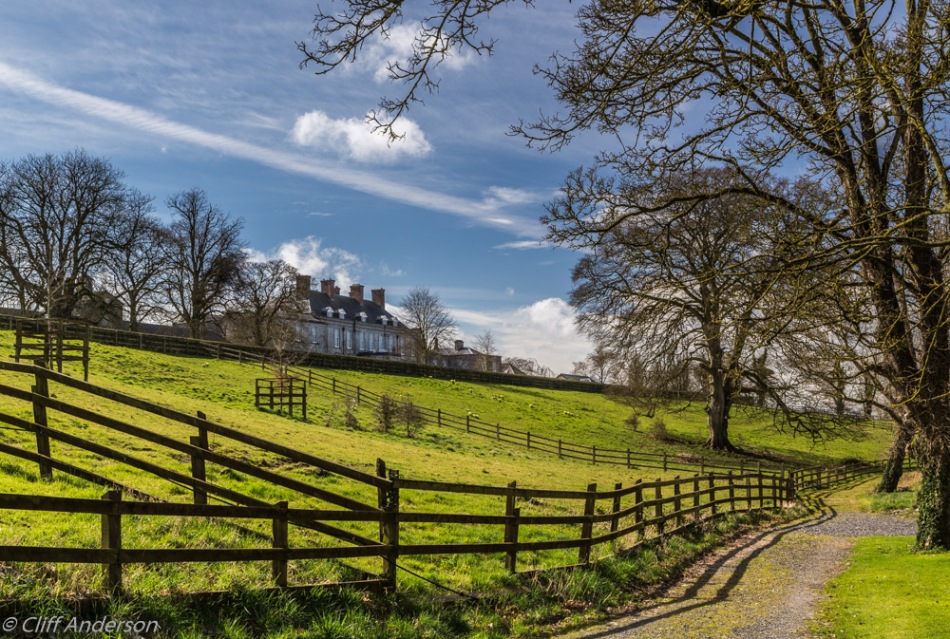 Summer brought our annual pilgrimage to Great Saltee Island. Puffins and Gannets were numerous but the island hosts thousands of other birds as well as eye catching displays of wild flowers.

Back in St. Stephen’s Green – did I mention what a great place this is, in the middle of the capital city! Of course I did but it really is 🙂 – Swan, Duck, Pigeon and even Sparrowhawk chicks were thriving. 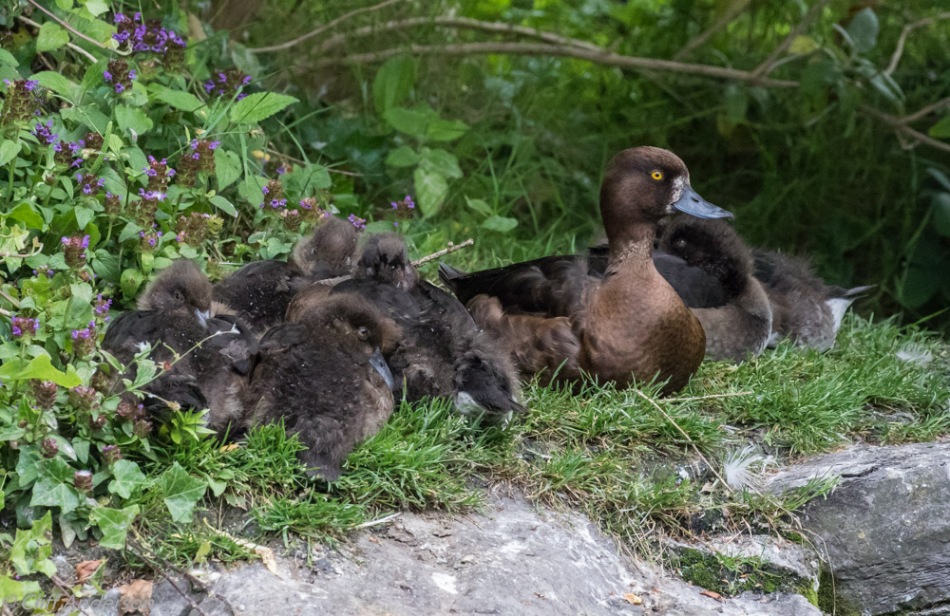 back to my old North-side where Sutton at low tide revealed waders and gulls and great views.

We visited Killarney in August and people and clouds were once again dominant 😦  Someday we will get good weather but not that time.  The scenery was still stunning and we saw a good deal of wildlife including a lot of Red Deer, including 2 that seemed to be boxing! ——————-

The year did not seem to be great for Butterflies but this beauty appeared in Killarney National Park.

———————————————  Deer were again in focus in the Autumn in Phoenix Park, Dublin, where the annual rut saw stags strutting their stuff and sometimes clashing in head-jarring fights with rivals hoping to claim the ‘rights’ to a particular group of Does.

Wildlife around Westport included Great-Northern Loons (which used to be called Divers) and pleanty of waders. A wren foraged continuously in the trees and bushes and around old rusty pillars

.All that sea produced lots of Seaweed in a variety of colours and patterns. 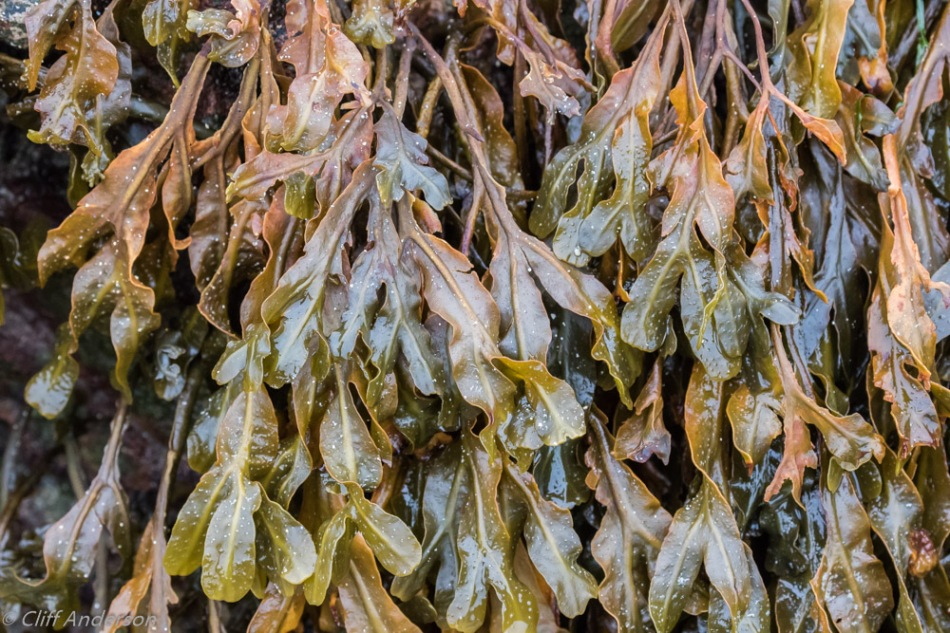 The colours in Ireland in Autumn and early Winter are often taken for granted but it is worth getting out, particularly on those magical, crisp, clear days to walk, look, listen and just soak-up the scenery.

Frost appeared early mornings late in the year and that coupled with an enduring cold / flu, curtailed golf a bit but the lakes looked stunning on calm days – the course too with a partial frost covering.

After Christmas over eating, we felt obliged to take a decent walk and revisited Seefin mountain in the Dublin / Wicklow range.  The cairn on top covers a 5000 year old Neolithic passage Tomb and the view from 621 metres up is well worth the strain and cold.

Cairn over Neolithic Tomb on top of Seefin Mountain

Looking like a small alien blob, it takes a while to recognise the tiny baby birds huddled together for warmth in a small nest.

In previous years Lizzie had rared families of Blue Tits but last year our camera nest box stayed idle, despite a brief bout of grass depositing.

This year we hadn’t seen any movement near the box and on the infrequent times we had checked the video, there was nothing happening, although again, some grass had been collected early on.  This month we checked again just to be sure there was nothing there.  In another nest box, with no camera, wasps had built a nest a few years back.  Anyway we were surprised and delighted to realise that not only was there a nest but there were eggs – very small oval shaped eggs with few markings and a slight pink tinge, although this could have been caused by the light reflecting off the wooden box.

Only about a week later, we saw one of the birds seemingly breaking an egg.  But as she moved, the strange outline of a fleshy, scrawny, awkward baby could be seen.  The parent was actually getting rid of the broken egg.

Now there are at least six babies.  There could be 7 or even 8 – they tend to sit on each other in the confined nest hollow.  There were 8 eggs, so maybe all hatched safely – more to find out!