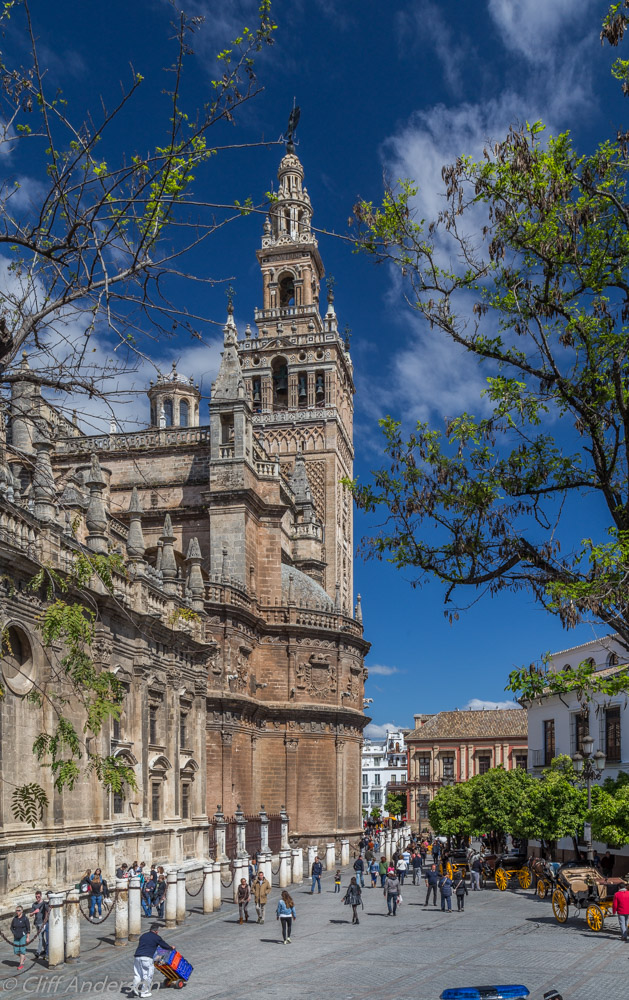 This is a really majestic, beautiful and fun city. The large complex Cathedral and magnificent Giralda tower in Plaza Virgen de los Reyes, together with so many other lovely buildings, could take most of your attention. 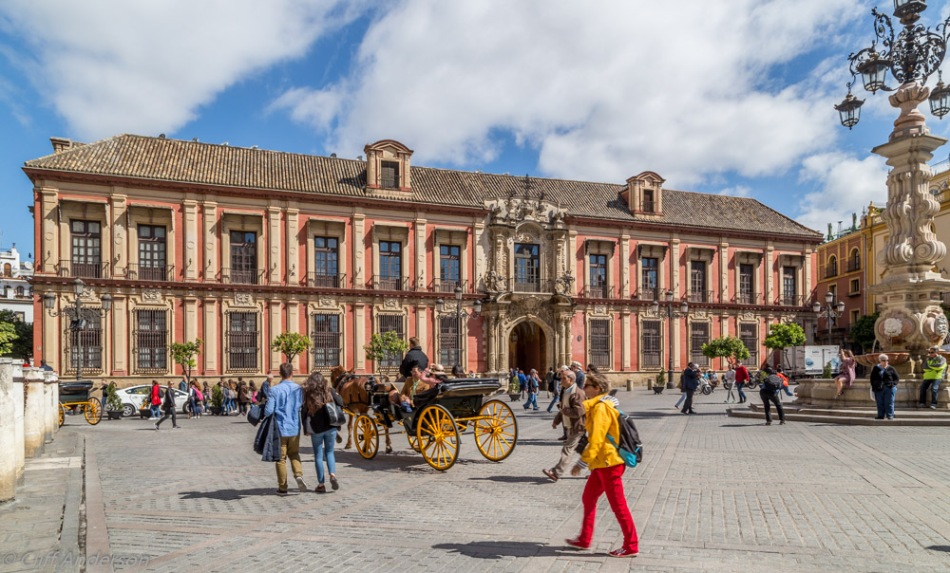 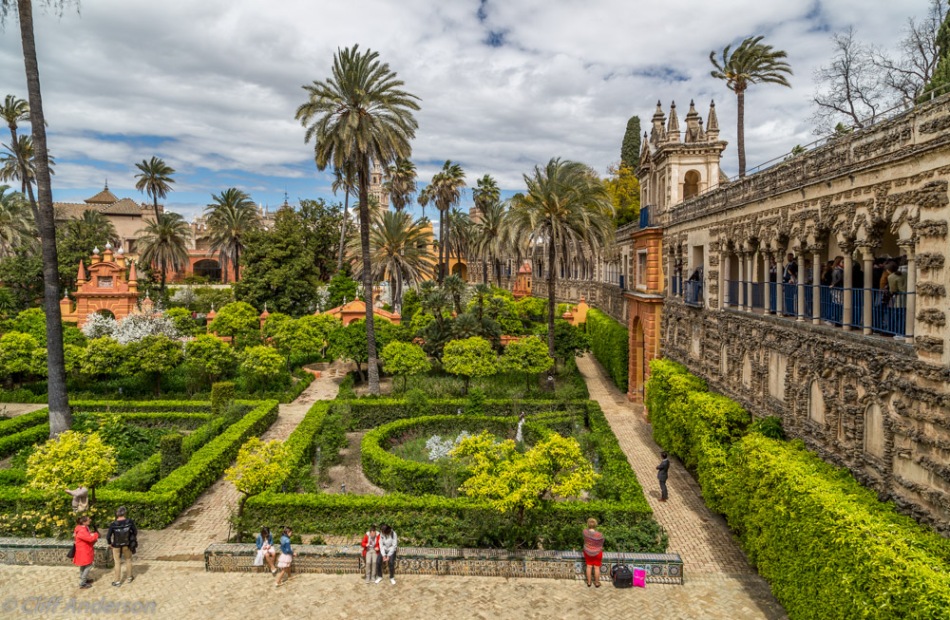 and the Royal Palaces, Reales Alcazares, to the South.

But Seville has much more and demands more time.  It is not a place to be rushed and only a hint of Seville’s treasures can be shown here. 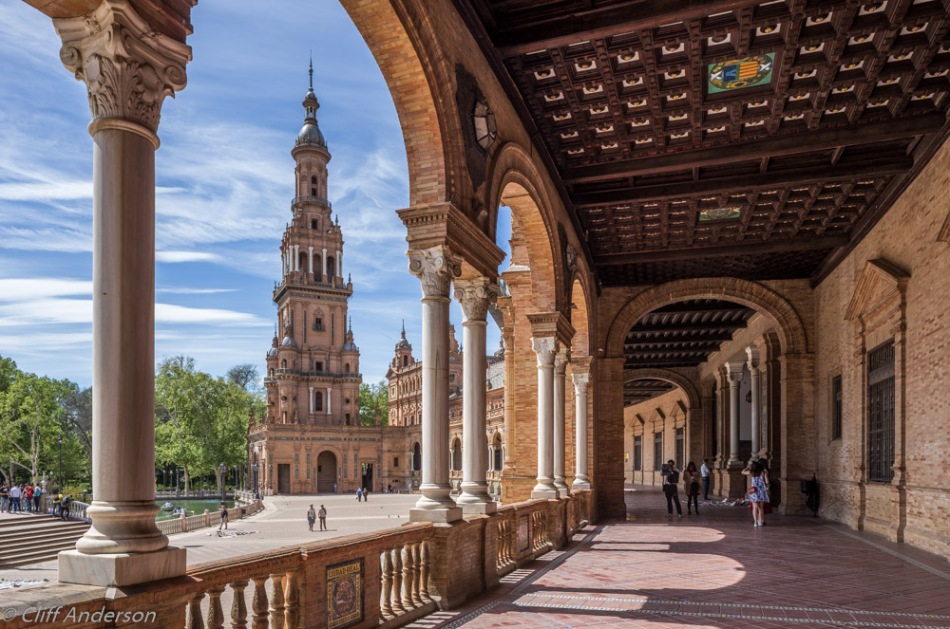 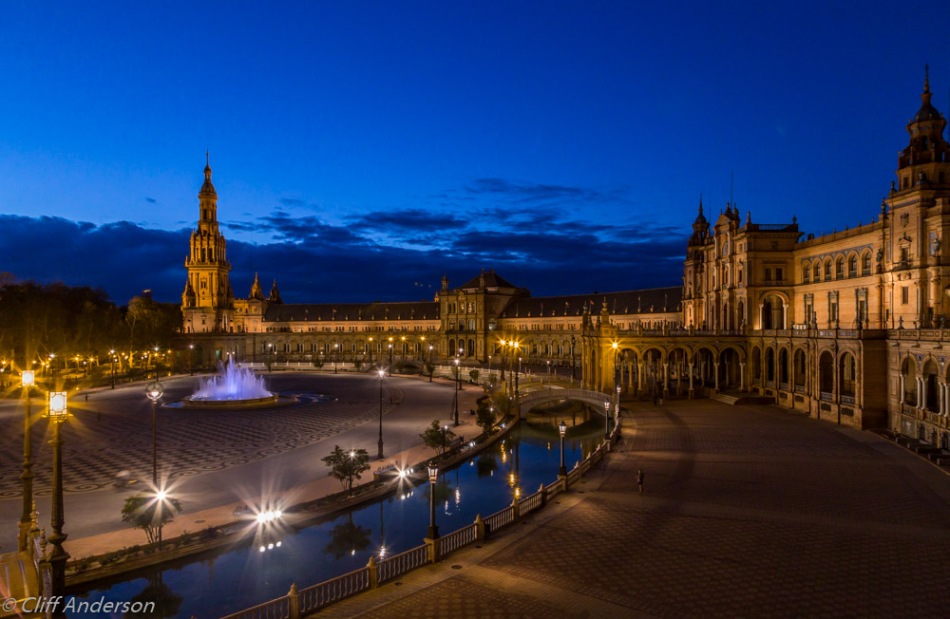 Further South still and nearer to the river, you’ll be flabbergasted by Plaza de Espana, stunning at night as much as by day! 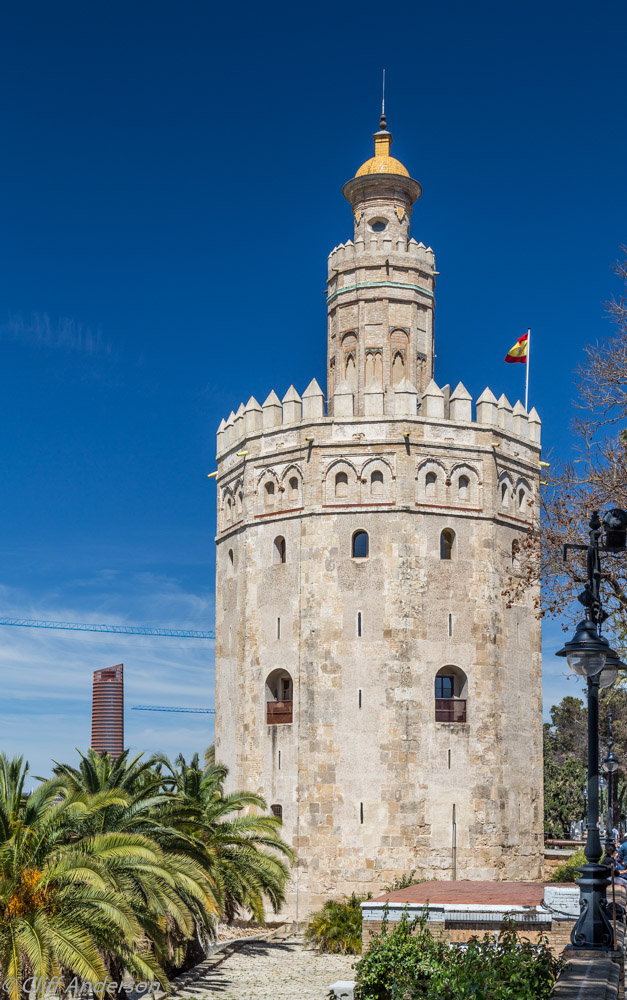 And speaking of the river, a walk along the Guadalquivir is very relaxing with rowers and wildlife as well as other jewels including the Golden Tower and the Bull Ring, Plaza de Toros de la Maestranza. 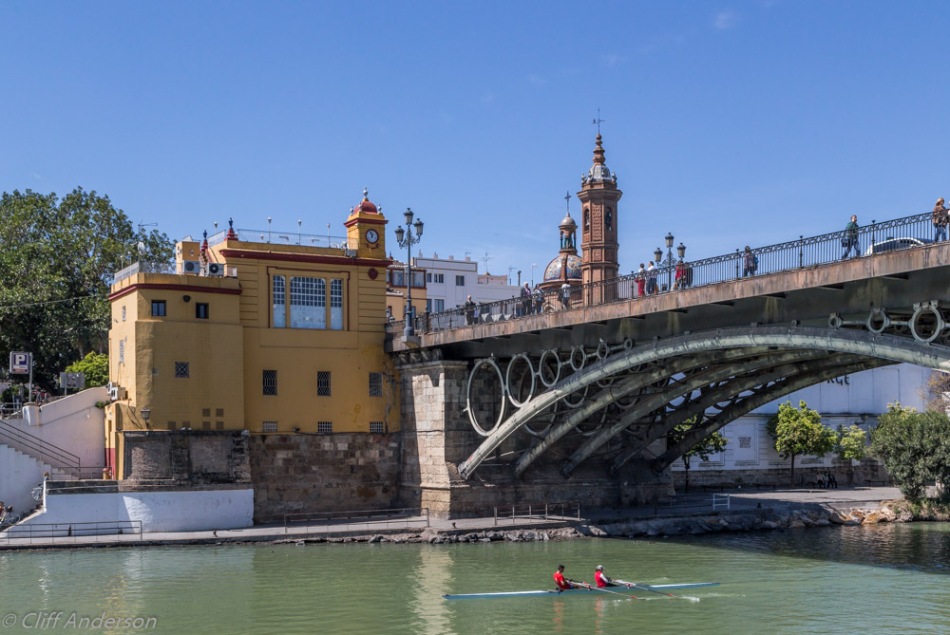 It is hard not to see interesting buildings and the bridges are great in their own right. 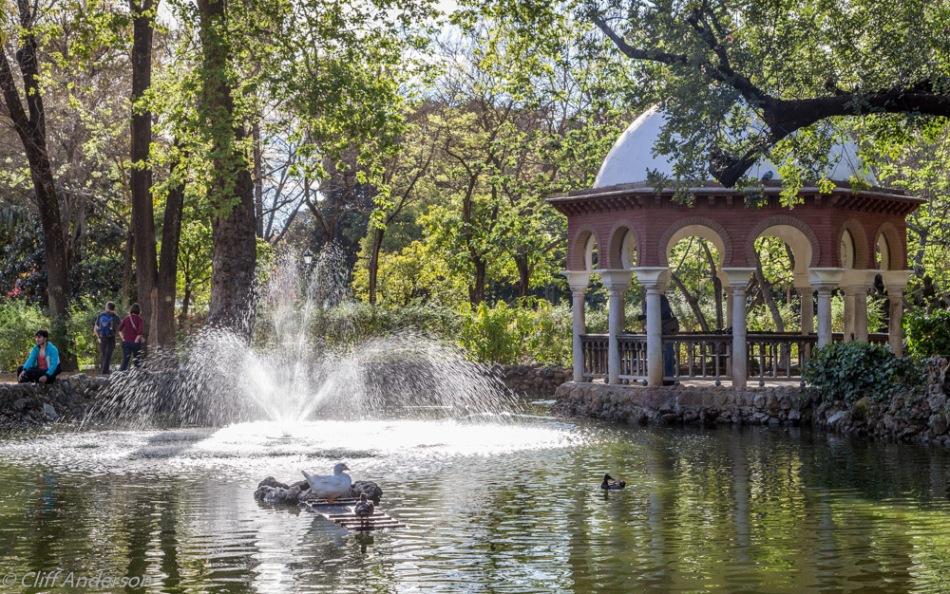 Beside Plaza de Espana, Maria Luisa Park is full of trees, ducks, water and offers some quiet and shade but it is very popular and busy. 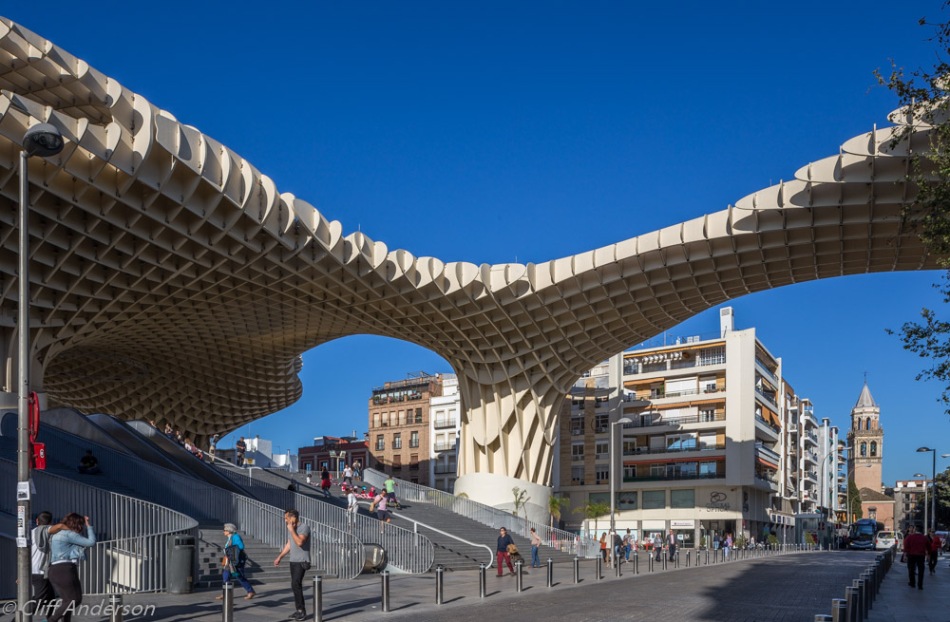 Finally check out a few of the many quirky churches – many along very narrow streets and the Metropole, a sort of modern art city canopy with awalkway and great views from the honeycomb-like roof. 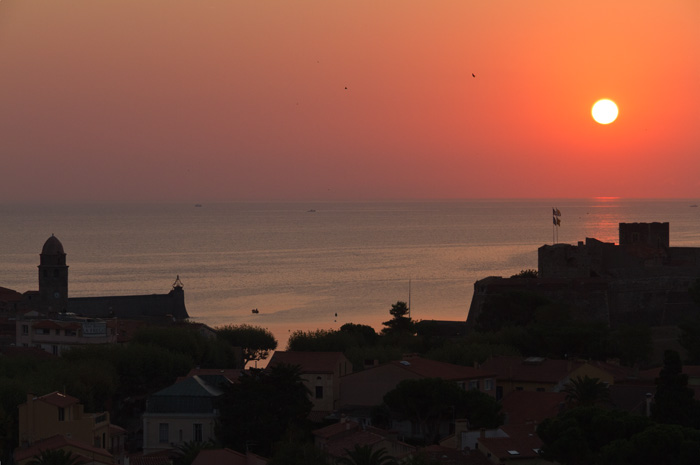 Sun, Sea, good food and new birds – it must be holidays away time.  Last year we went to the SW corner of France to a town called Collioure, for 1 week and to the pyrenees for the next.

Collioure is lovely with castles, great food and fine beaches.  There is also plenty of wildlife both around the town and nearby.

Around the town I saw Crested Tits, Sardinian Warblers and Golden Orioles amongst other more normal species.  Outside the bird world there were Purple Hairstreak and Swallowtail butterflies, Hummingbird Hawk moths, Hornets and Robber Flies, Wall and Iberian Rock Lizards and Marbled Swimming Crabs. 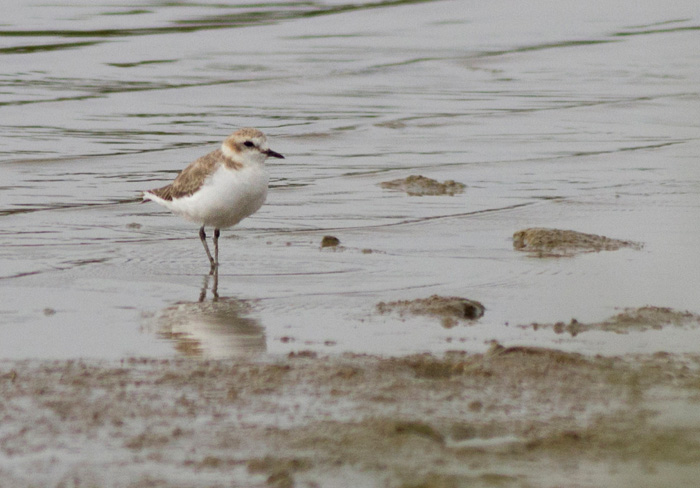 Nearby there were some good birding spots including the Etang de Canet.  Birds spotted included Chilean Flamingos,Little Egrets, Kentish Plover (left) and a Montagu’s Harrier.

There were quite a few Crag Martins around some of the old towns.

Some had nests on the roof beams of a Church entrance. 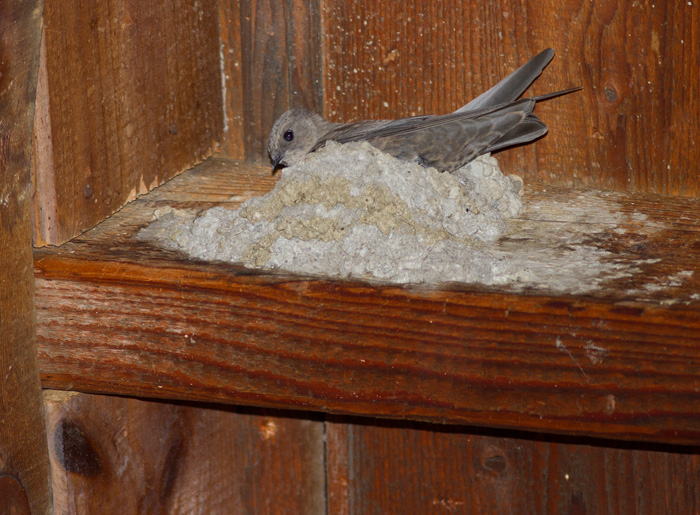 Crag Martin on nest in roof of church entrance 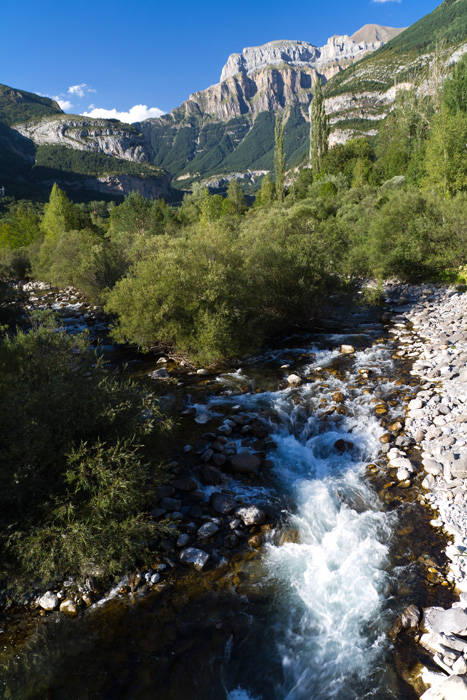 We went to the Pyrenees via the Dali Museum in Fugueres and the City of Girona, both places of interest in their own rights.  But nothing prepared us for the magnificance of the Pyrenees and particularly, the Ordesa Valley.

The air is fresh, the water sparkling clear and the views incredible.  If you never saw any wildlife you would probably still be happy.

This is pretty close to the view from where we stayed – an incredible sight to open the window to, the first evening we arrived! 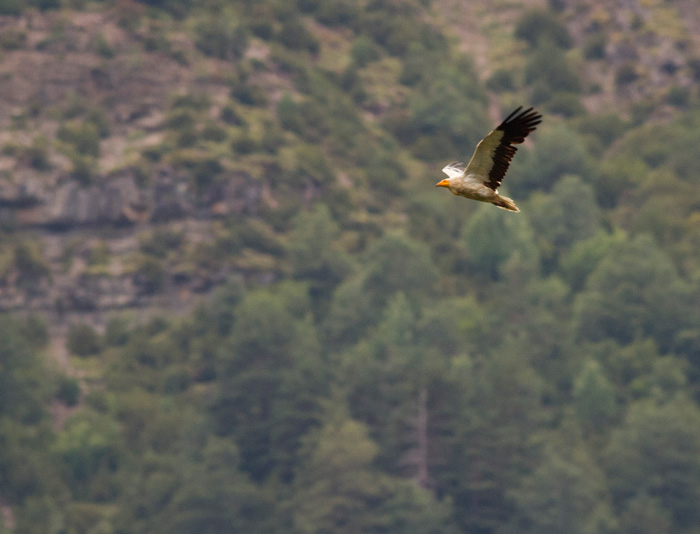 If you’re in the Pyrenees, you might expect to see Vultures.  There are plenty here.

We saw this Egyptian Vulture beside Torla, where we were staying, circling around and gaining height in the thermals. 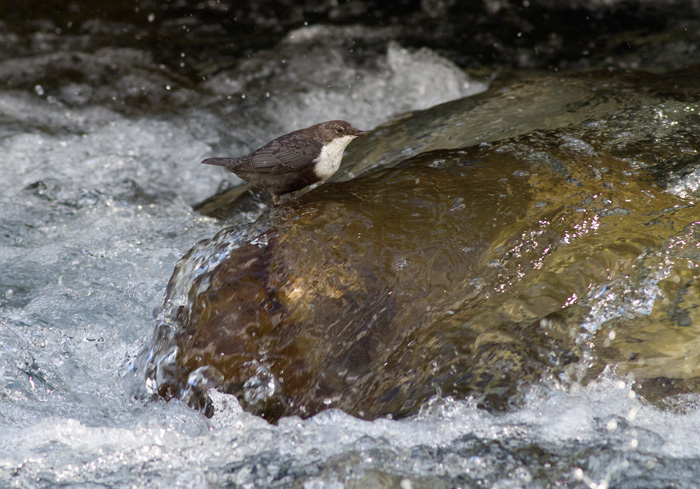 Ordesa y Monte Perdido is a national park and the oldest Nature Reserve in Spain. It encompasses the valley and surrounding mountains, including Monte Perdido (Mont Perdu in France or Lost Mountain) reaching 3,355 metres.

In the Summer season it can get quite busy and cars are banned from the park. Access is by foot or bus from Torla. But you don’t have to walk far from the bus stop in the ‘Prairie’ – a flat grassy area on the valley floor – to get away from the crowds.

Up in the higher valleys, dare-devil Dippers seem to be on every section of every river. 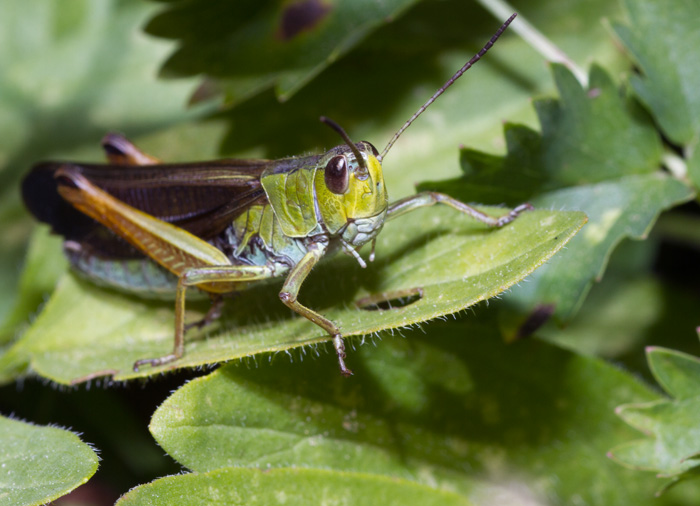 With so much clean air and fresh water, insects abound, especially on the warmer days.

In some parts you could not look at the grass without seeing Grasshoppers although it is their sounds that first brings attention. 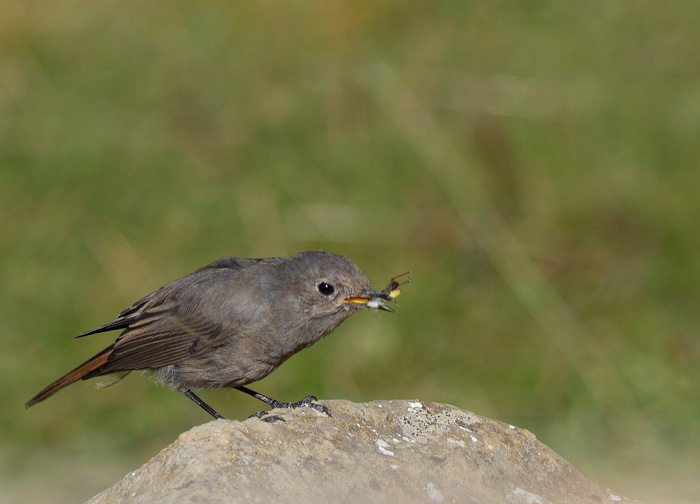 There are some great walks most of them involving steep climbs when you can be sorry for the extra camera lens you brought!

We were rewarded with Vultures, a Wall Creeper, Jays, Ravens, Reed and Willow Warblers.

At the end of the valley is the Circo de Soaso, a classic glacial ‘cirque’ at the head of a glacial valley.

Here the valley is broader and once again meadow like.  Birds seen here included Water Pipit and Black Redstart. 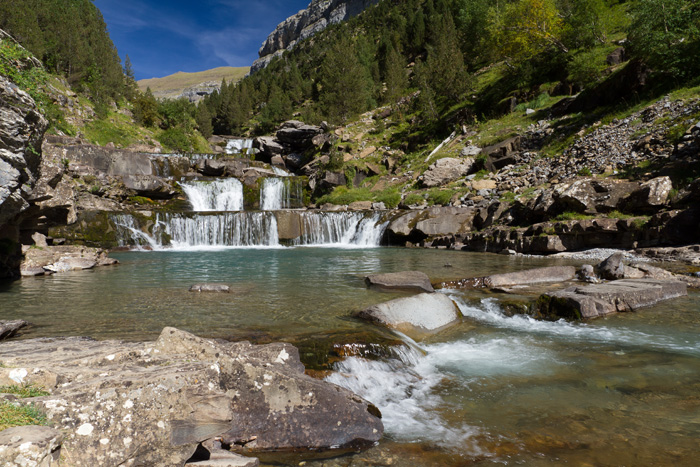 The higher walks are a must if your legs allow.  The views are stunning and you can get closer to the vultures and other birds and animals.

However the valley can be walked along the river, although even this is a bit hilly.  Along the way are many waterfalls, each one seemingly better than the last. 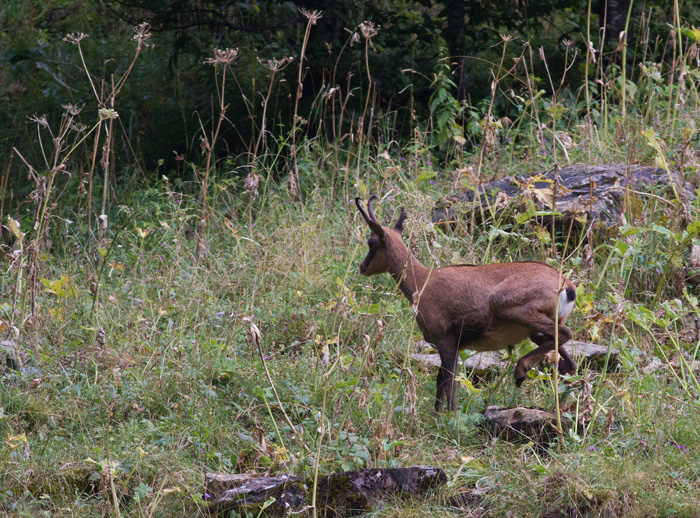 Marsh Tits and Pied Flycatchers can be seen along the river banks and there are also mammals about.

We saw many Marmots as well as Pyrenean Chamois, like this one peeing on the valley slopes. 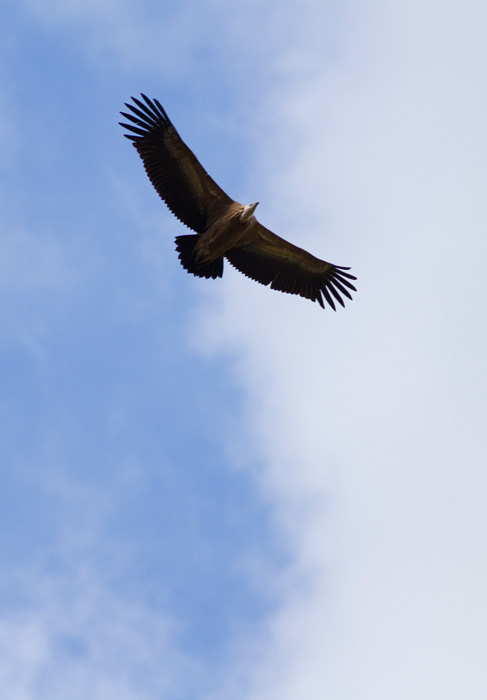 Bujaruelo valley and Anisclo Canyon, both nearby are well worth a look.  Anisclo is great for Griffin Vultures that fly over the narrow canyon and sit on the high ledges. 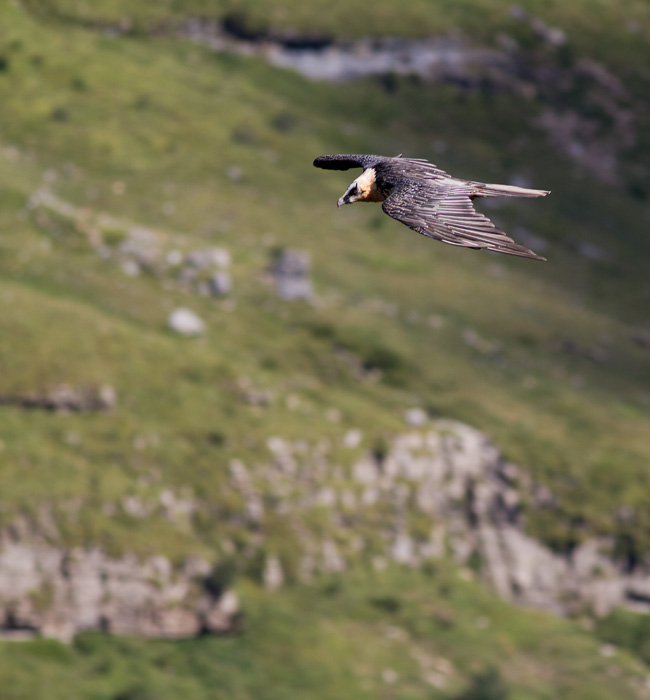 But the vulture that I wanted to see but didn’t really expect to see is the Lammergeier.

We caught a glimpse of one in the distance early in the week in Ordessa but its wings were so long that at a distance it looked like a falcon.

Near the end of the week, on a trip along the southern rim of the valley, we finally saw this magnicifient creature properly and could see why it is also known as the Bearded Vulture.

Here high in the mountains, the Lammergeier seems to be at home, gliding without any obvious effort.

It still didn’t look that big but its wings are well over 2 metres across.  They seem narrower and pointier than other vultures which makes them look different.

A trip along the valley rim by 4×4 is well worthwhile, not just for the birds but also for the views down and along the length of the valley.

It would be great to have a large lens up there but that would mean serious weight and a tripod – hardly conducive to long walks or holidays in general.

Places like this need to be enjoyed slowly, with or without a camera!